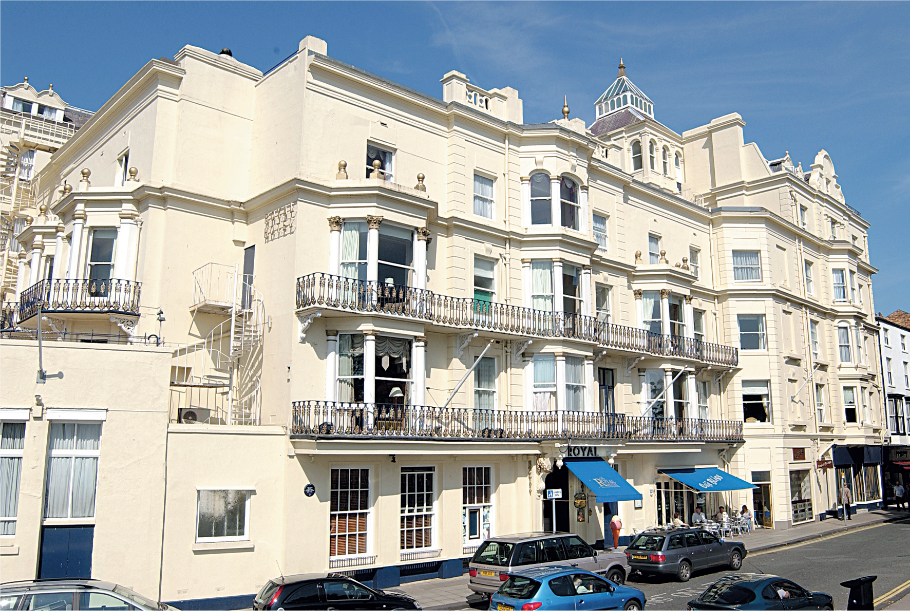 3 The Long Room and Royal Hotel

Assembly Rooms or Long Rooms were at the heart of entertainment and social life in Spa resorts and Scarborough was no exception. The first Long Rooms were on Sandside and Princess Street. By 1725, a more sumptuous Long Room had been established at the seaward end of St. Nicholas Street (which was then called Long Room Street). Reputedly designed by the Earl of Burlington, who had earlier planned the Assembly Rooms at York, this new Long Room boasted an ‘Egyptian Hall’, 112 feet long, 40 feet wide and 40 feet high. This massive room was the elegant setting for the Grand Balls held regularly during the 18th century seasons. You could also dine in some style, and play billiards and card games. In effect, the Long Room was an upper class nonresidential social club for Scarborough’s well heeled visitors. In 1733 it cost five shillings a year to join and one shilling for an evening attendance. The present day Royal Hotel ballroom may incorporate some of the fabric of the 18th century Long Room. The Long Room was purchased by a Mr. Edward Donner towards the turn of the century, and became popularly known as ‘Donner’s Rooms’ to early 19th century visitors. It seems that Donner added bedrooms to the building in the 1820s still incorporating the original Long Room. He sold out around 1840 and the Royal Hotel begins to be mentioned from this time onwards. Edward Donner’s former house in St. Nicholas Street was absorbed into the hotel in 1847, and a new block by the architect Henry Wyatt was added on the Harcourt Place frontage in 1862. The present day dining room was constructed in 1935 on a site formerly occupied by the billiards room. The Royal’s entrance hall and main staircase, in the oldest part of the building, provide a reminder of the elegance of a bygone age. For 30 years, from 1935, the hotel was owned and managed by the Laughton family. The late Mr. Tom Laughton purchased and hung many paintings by major artists in the public rooms. (Some of these  paintings are included in the Tom Laughton Collection at Scarborough Art Gallery, at the far end of The Crescent).

Click here to move on to 4 The Town Hall.