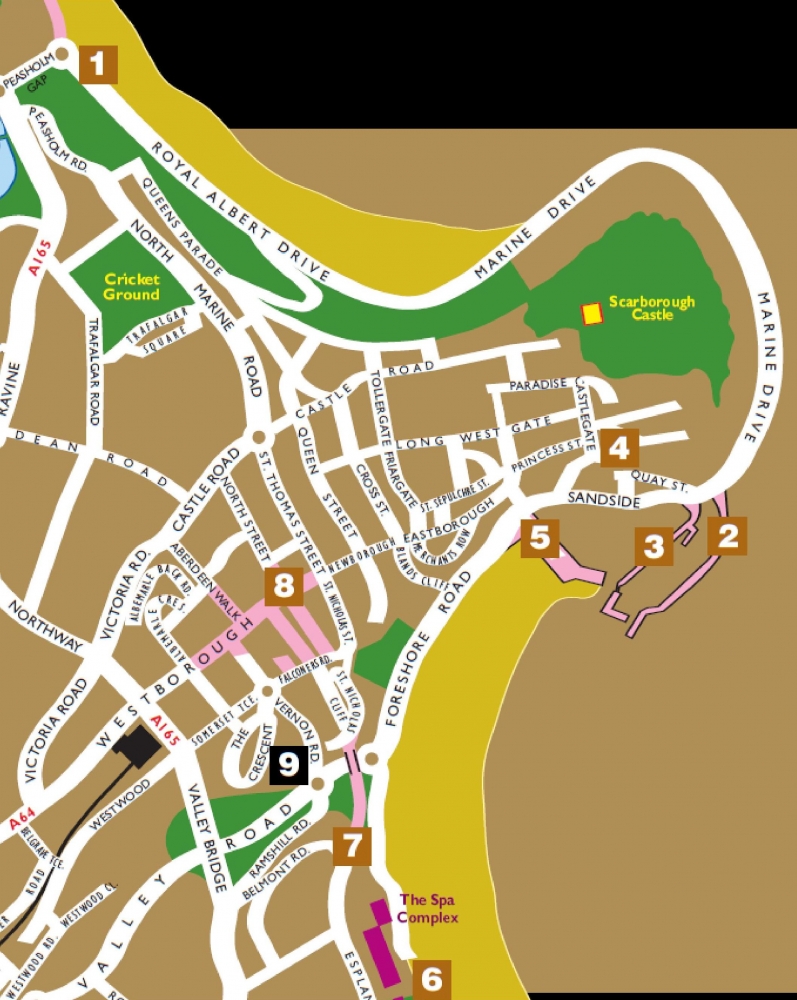 The car park below the viewpoint was at one time the site of the Old Gashouse.  Prominent to the left of the Grand Hotel is the Cliff Bridge, opened in July 1827 to the sound of church bells and cannon fire.  On completion, the cost was £9089 – just over double the estimated cost.  Next left is Oliver’s Mount with its war memorial.  After some debate as to the form such a memorial should take, a submission by borough engineer Harry Smith was eventually approved. The stone obelisk, 75 feet high, can be seen from every part of the town and was unveiled in September 1923.  It is highly recommended as a place from which to view Scarborough.

Continue along East Sandgate, go down the hill and cross Sandside and walk westwards to West Pier.  Location 5 is on the west edge of the Pier, at the end of the railings overlooking the South Bay. 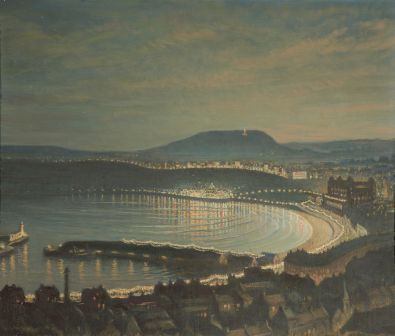