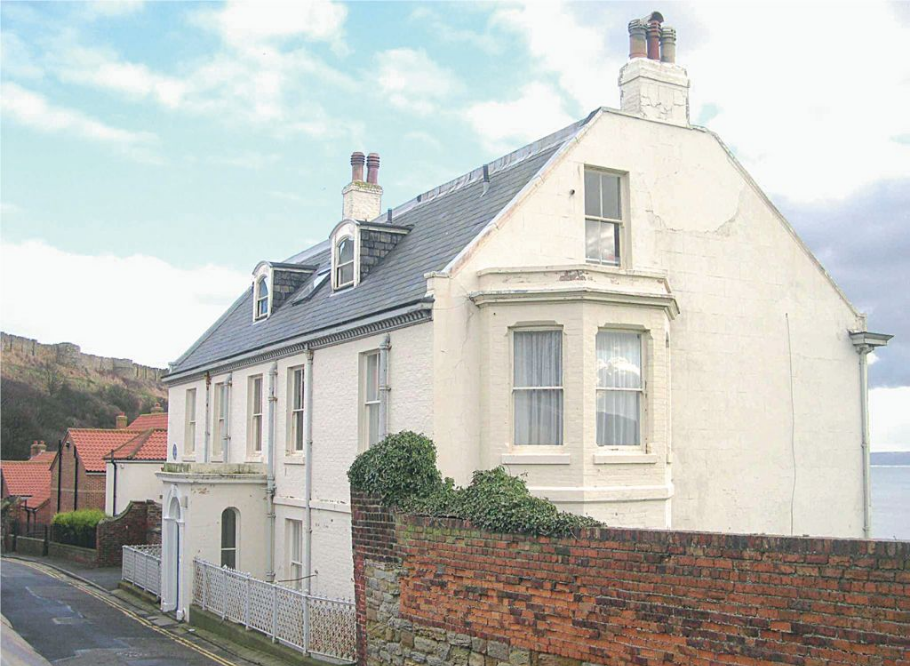 ‘Paradise’ in medieval times meant a monastic walled garden, which is just what the 12th century French Cistercian monks created on the sloping site below and to the east of St. Mary’s Church. When Henry IV ended that association in 1405, by giving custody of the parish church to Bridlington Priory, little is known about subsequent development of the Paradise site. By 1690, however, John Cockerill (Shipbuilding page), was living there in a substantial gabled house built in the Jacobean style. A century later, Paradise House and its tree-lined garden were notorious as the haunt of smugglers. An observant chronicler, William Hutton, writes in 1803 of ‘ a deep draw well, covered by a small outhouse’ behind Paradise, which had a ‘room of considerable magnitude hollowed out of the rock’. It was here that ‘a nest of smugglers’ outwitted the excisemen by depositing their illicit goods in what was private property. Sir George Cayley, ‘the Father of Aeronautics’, is widely believed to have been born here in 1773, but Cayley himself later claimed Long Room
(St. Nicholas) Street as his birthplace. In 1856, Paradise House resumed its shipbuilding connections when young Richard Tindall set up home there. The Tindalls were by now related to the Cockerills by marriage and the two businesses had merged. East Mount, as the property was renamed by Richard Tindall, remained in the family’s ownership until the First World War. Struck by a shell in the German Bombardment of 1914, the building and grounds were purchased by Christopher Colborne Graham, Mayor of Scarborough from 1913 to 1919. Mr. Graham gave the property to the Council’s Education Committee, who reopened Paradise House as the Graham Sea training School in 1917. Thus it remained for the next 55 years, training several generations of local fishermen and merchant seamen in the art and science of seamanship. The building has now been converted to flats.
Ahead of you at the end of Paradise, the parish church of St. Mary’s is now clearly visible.

Click here to continue your walk to 19. St Mary's Church