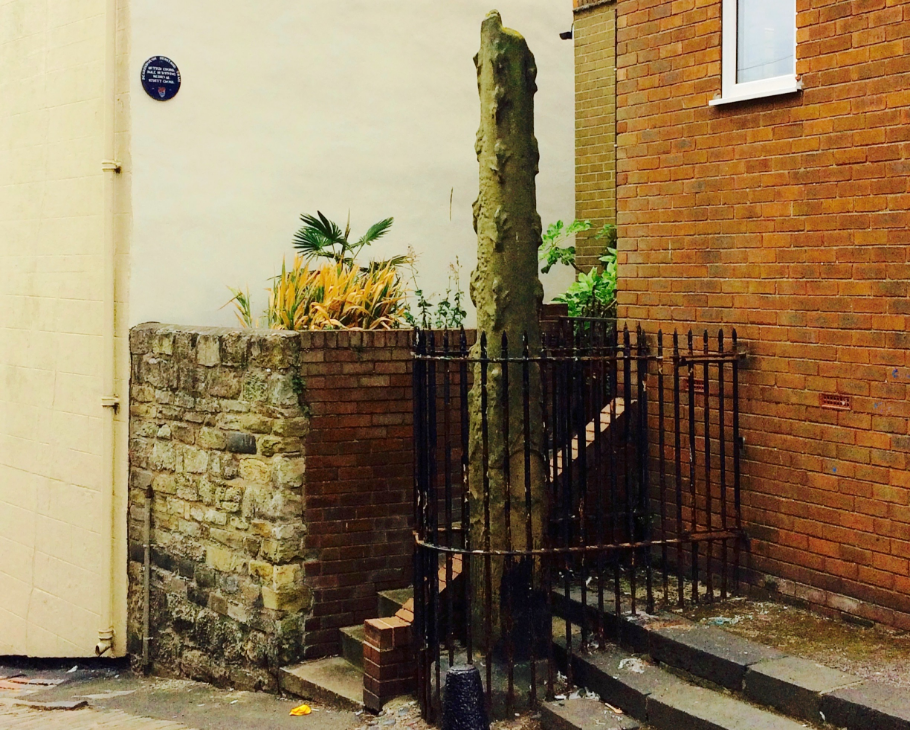 Unlike many other historic towns, Scarborough lost its medieval street markets in the 1850s when the purpose-built market hall in St Helen’s Square was opened. There were at least five crosses within the medieval town including the Corn Cross and Rede Cross, several of which were sited in market areas, while others may indicate the sites of markets that we no longer know about. One of the medieval street markets in the Old Borough was located in what is now Princess Square. This Square is a wide section of street which begins at the junction of St Sepulchre  Street and Cook’s Row and extends as far as St Mary’s Street. It was the site of the Saturday market in the 19th century but a Butter Cross has stood here since at least the 14th century which means that the origins of this street market are in the medieval period. Indeed it may be that market trading began in this area before 1155 as settlement might have occurred around the nearby Chapel of the Holy Sepulchre before the main development of the town in the reign of Henry II.
The Butter Cross in Princess Square is Scarborough’s only surviving market cross. Although called a cross what actually survives is
a badly eroded stone pillar with traces of crocketed leaves carved on the sides. It is thought that it is a re-used pinnacle from a church rather than part of a purpose made cross. It was probably taken from one of the friary churches after they were dissolved in 1539 or
from the nearby Chapel of the Holy Sepulchre which was demolished in 1561 and was used to replace the medieval original. It has been suggested that such salvage might have been in part a symbolic act which preserved a link with one of these vanished religious buildings Opposite the remnants of the Butter Cross is perhaps the most visually attractive public house in Scarborough still surviving. The Leeds Hotel (Now Wilsons) was built in 1693 and restored with careful attention to detail in 1900 to a design by Frank A. Tugwell. Note the elaborate woodwork finish to the upper storey and the pleasing inn sign at ground floor level, lettered in Art Nouveau style.

From West Sandgate, where both the Butter Cross and the Leeds Hotel are situated, carry on downhill the few yards to busy Eastborough. You should look now for a narrow alleyway on your left, which is signposted by its ancient name of The Bolts 13. Click here to continue your walk to 13