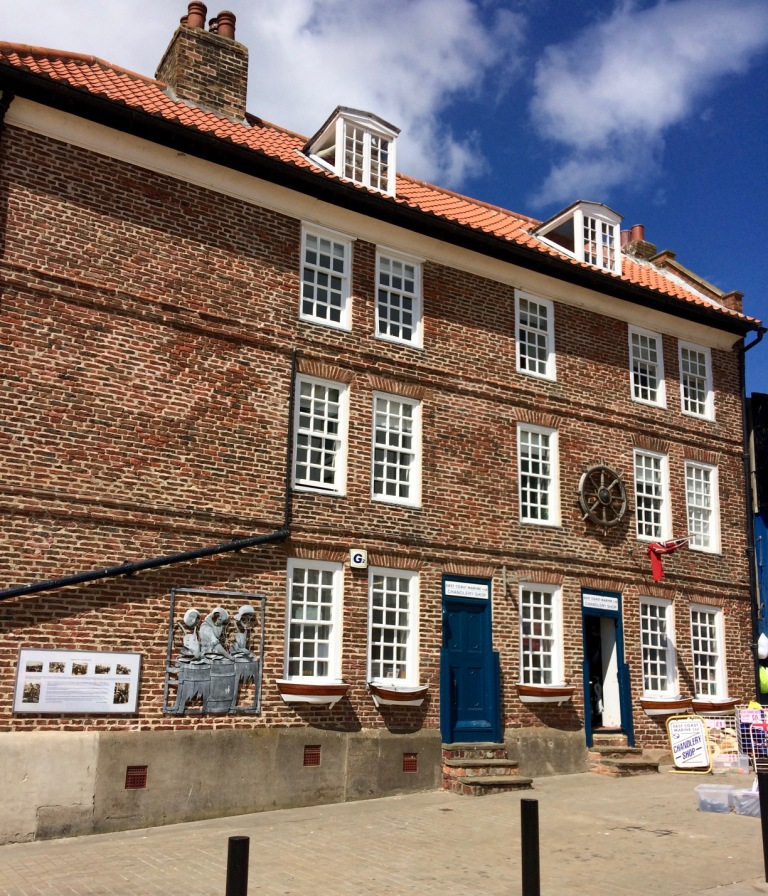 John Cockerill and his brother James had slipways on the Scarborough waterfront during the middle and late 17th century. The Cockerills were a well-established shipbuilding family, who intermarried with the Tindall family and eventually the two concerns became amalgamated. Seven generations of Tindalls were involved in shipbuilding, finishing with Richard who died in 1862, after which the yard was closed. Smaller boats were still built in the harbour by other yards until 1885. The busiest period for the Tindall yards was between 1771-1800, under the direction of John Tindall (1755-1809), when 100 vessels were built. Then, shipyards lined the waterfront from Bland’s Cliff to Old Pier. One of the Tindall yards was adjacent to the Old Pier; another was in front of King Richard III’s house. Many of the warehouses and workshops associated with shipbuilding were lost firstly with the completion of Foreshore Road in 1877 and later in the clearing of the old Sandside area in 1902. Paintings in Scarborough Art Gallery by H. B. Carter, Ernest Dade and Atkinson Grimshaw, among others, convey an excellent impression of the local maritime scene during the 19th century. When iron and steel replaced wood in ship construction, Scarborough faded quite rapidly from the shipbuilding scene and from shipowning, too. Continue along Sandside until you reach the roundabout at the beginning of the Marine Drive. Turn sharp left into Quay Street and walk along this quaint and narrow street until you reach the Three Mariners Inn on your left.