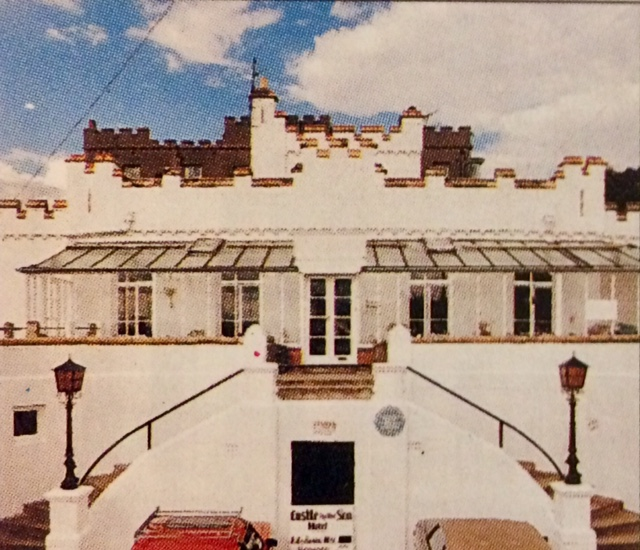 21. Atkinson Grimshaw at Castle by the Sea.

Of the many talented artists attracted to the scenic beauties of the Scarborough coastline, none enjoys such a national and international reputation as John Atkinson Grimshaw, who lived with his wife and family at Castle-by-the-Sea on Mulgrave Place from 1876-79. Grimshaw’s popularity, both in his lifetime and again today, was based on the evocative  ‘moonlight’ paintings which he perfected during his Scarborough years. His principal local patron and landlord was a wealthy retired brewer, Thomas Jarvis, who lived in The Towers, facing Castle Road. Castle-by-the-Sea, Grimshaw’s seaside bungalow home, is to the rear of his patron’s more substantial property. Perhaps the most significant memento of Atkinson Grimshaw’s four year residence at Castle-by-the-Sea is the lofty and spacious central room (the dining room of the present-day guest house) with its top-lit glass roof, clearly designed with an artist’s requirements in mind. The massive carved mantelpiece in this room and unique tiled fireplace surround – reputedly hand-painted by the artist himself – were installed during Grimshaw’s occupation. He also built the curved double flight of steps leading up to the castellated bungalow, probably incorporating an elaborate stone balustrade in the 1870s, which has since disappeared. Exotic plants were grown by the artist in the conservatory – then running round three sides of the building – some of which provided pigments for his paints. Four typical examples of Atkinson Grimshaw’s Scarborough ‘moonlight’ paintings are in the permanent collection at Scarborough Art Gallery. Perhaps the most dramatic is ‘The Burning of the Spa Saloon’, painted soon after Grimshaw’s arrival from Leeds in 1876. This magnificent painting is believed to include (in the foreground) portraits of Grimshaw himself, Thomas Jarvis and members of their two families. From the north end of Mulgrave Place you can admire the view over Scarborough’s North Bay and the beautiful coastline towards Ravenscar and Whitby.

Click here to continue your walk to 22. John Wesley and Church Stairs Street 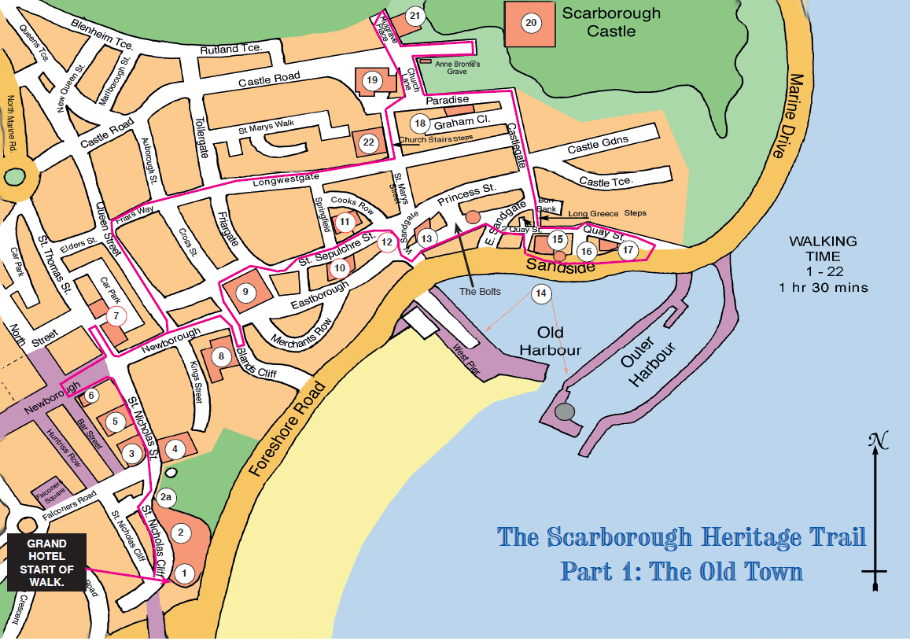