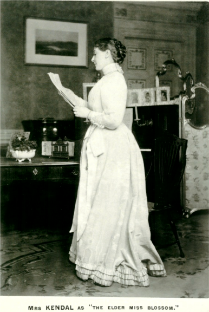 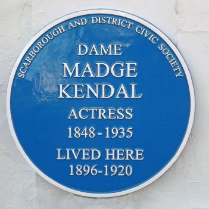 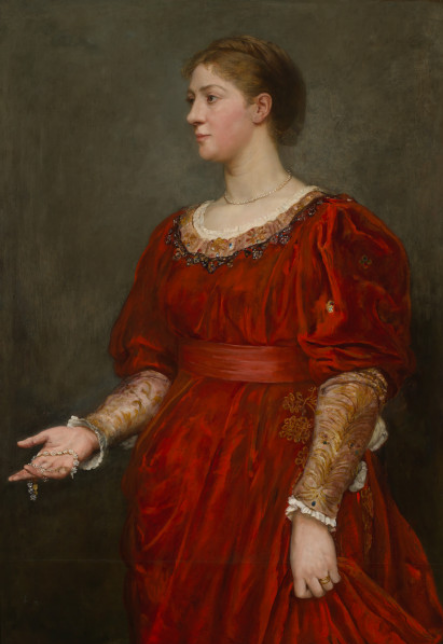 Born Margaret Shafto Robertson on 15th March 1848 at Cleethorpes into a theatrical family.  She was the last of 22 children of William Robertson, theatre manager and his wife Margheretta, an actress.  One of her brothers was the dramatist Thomas W Robertson (founder of the naturalistic school of drama in the 1860s). Her first appearance on stage was as a babe in arms and she went on to appear as a child actress, serving her apprenticeship in theatres in Bristol and Bath, including as “second singing fairy” at the age of five in A Midsummer Night’s Dream in which fellow child-actress Ellen Terry appeared as Titania. She made her London adult debut as Ophelia at the Haymarket in 1865 and enjoyed a string of successes in other Shakespearean roles and in Sheridan’s comedies. In 1869, she married William Hunter Kendal, also an actor (real name Grimston) and they performed together in many plays.  Kendal’s real skills were as a theatre manager and working together they enjoyed huge financial success, assembling a fine collection of paintings housed in increasingly grand dwellings, including at Harley Street, Portland Place and the Lodge at Filey.By the mid 1880s the Kendals were benefiting from the improvements in the status of the theatrical profession and became leading figures in fashionable London life.  They later toured the USA and Canada with great success. In 1886 Madge befriended John Merrick, the Elephant Man.  As a consequence of this episode, she eventually achieved the status of a dramatic character in Bernard Pomerance’s 1979 play and in the 1980 film where she was portrayed by Anne Bancroft.The Kendals purchased the then South Crescent Lodge in 1896 whilst they were managing the St James Theatre in London.  They would retreat to Filey for the summer holidays with their five surviving children.  They became very popular with the local community.She continued to perform on the London stage in the 1890s to the acclaim of critics including George Bernard Shaw.  She was reunited with Ellen Terry in a 1902 production of The Merry Wives of Windsor where they played Mistress Ford and Mistress Page respectively.  The Kendals retired from the stage in 1908 apart from a brief return by Madge as Mistress Ford for the Coronation Gala in 1911.  William Kendall died in 1917 and the Lodge was sold three years later.Madge continued to enjoy a lengthy retirement whilst maintaining a public presence and association with a number of theatrical charities, including RADA and as President of Denville Hall, the actors’ retirement home.  She became a DBE in 1926 and GBE (Order of the Grand Cross) in 1927 and received the freedom of Grimsby in 1932.  She died in Chorleywood on 14th September 1935, aged 87 after a long illness.  She was buried at the St Marylebone Cemetery in East Finchley.Built c 1856, originally known as South Crescent Lodge or House, and as The Lodge whilst in the ownership of the Kendals.  Became the White Lodge in 1938 when it was converted into a hotel.